Import and export queries in Fleet

Import and export queries in Fleet 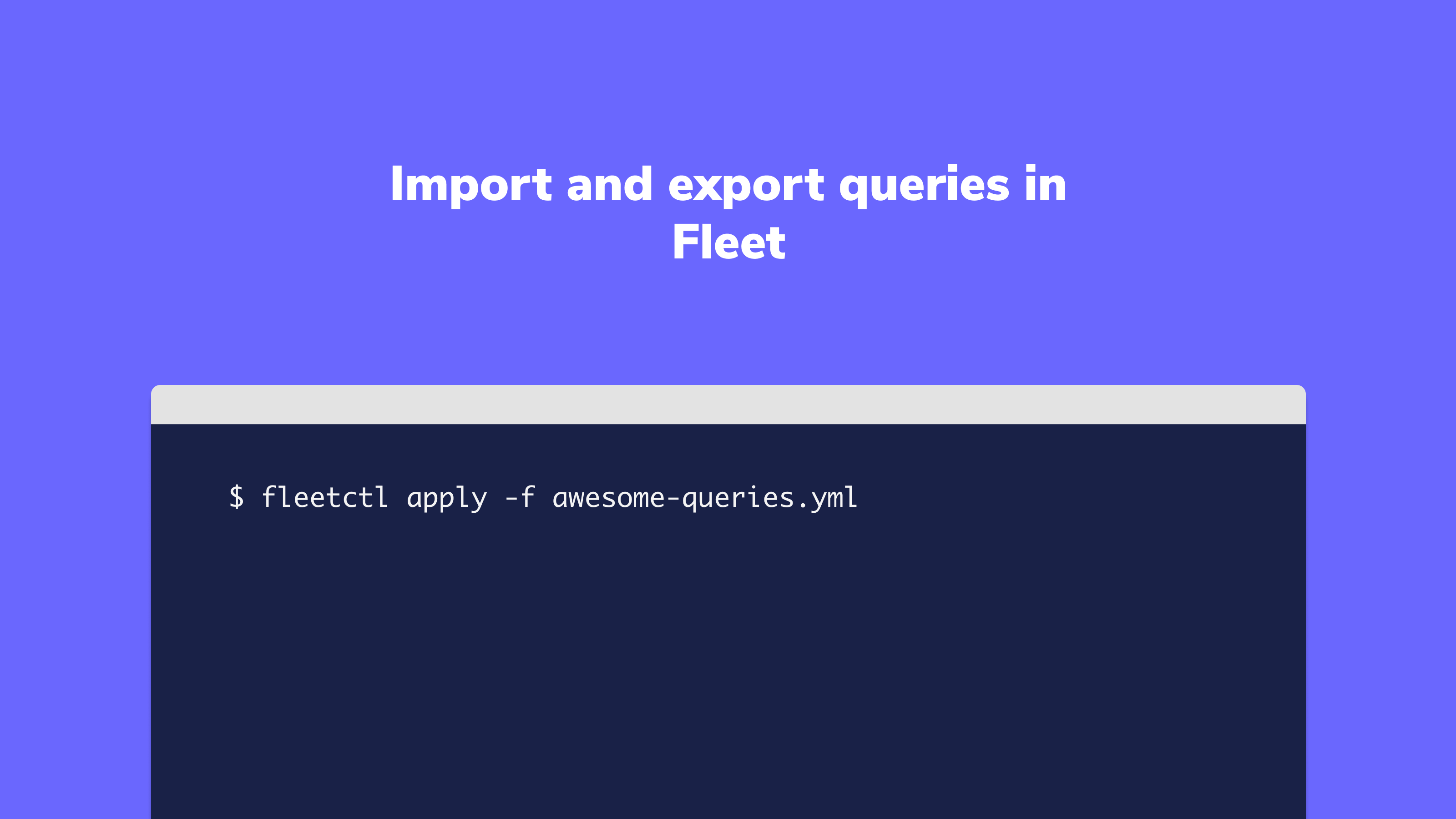 When managing multiple Fleet instances, you may want to move queries from one instance to another. Or, when inspired by queries shared by a member of the osquery community, you might want to import these queries into your Fleet instance. To do this, you need to have access to a Unix shell and the fleetctl CLI tool.

Below are two example scenarios.

Example scenario 1: Moving queries from one Fleet instance to another

Let’s say you use Fleet at work and you also have a Fleet instance in your lab at home. You were testing some queries at home and you want to share these queries with your team at work.

How to export and import queries:

queries.yml will be created in your current working directory.

You just found a collection of awesome queries for Fleet and you want to import them into your Fleet instance.

How to import queries:

Let us know if you can think of any other example scenarios you’d like us to cover.

Join  the  Fleet  community on Slack Talk to an expert