Welcome to the documentation for Fleet, the lightweight telemetry platform for servers and workstations.

Can't find what you need?

Talk to an expert

When developing Fleet, it may be useful to create seed data that includes users and teams.

In order to run scripts that make use of premium features, make sure you have started the server with the correct flags as described in Testing.

First, create an env file with the following contents:

Note: store the env file somewhere you won't commit your token, or apply these 3 environment variables directly in the command line.

Next, set the FLEET_ENV_PATH to point to the env file using the command line.

This will let the scripts in the /tools/api/fleet/ folder source the env file.

Run one of the bash scripts to seed the data

Finally, run one of the bash scripts located in the /tools/api directory.

The fleet/create_free script will generate an environment to roughly reflect an installation of Fleet Free. The script creates 3 users with different roles. From the fleet directory, run:

The fleet/create_premium script will generate an environment to roughly reflect an installation of Fleet Premium. The script will create 2 teams of 7 users with different roles. From the fleet directory, run:

The fleet/create_figma script will generate an environment to reflect the mockups in the Fleet EE (current) Figma file. The script creates 3 teams and 12 users with different roles. From the fleet directory, run: 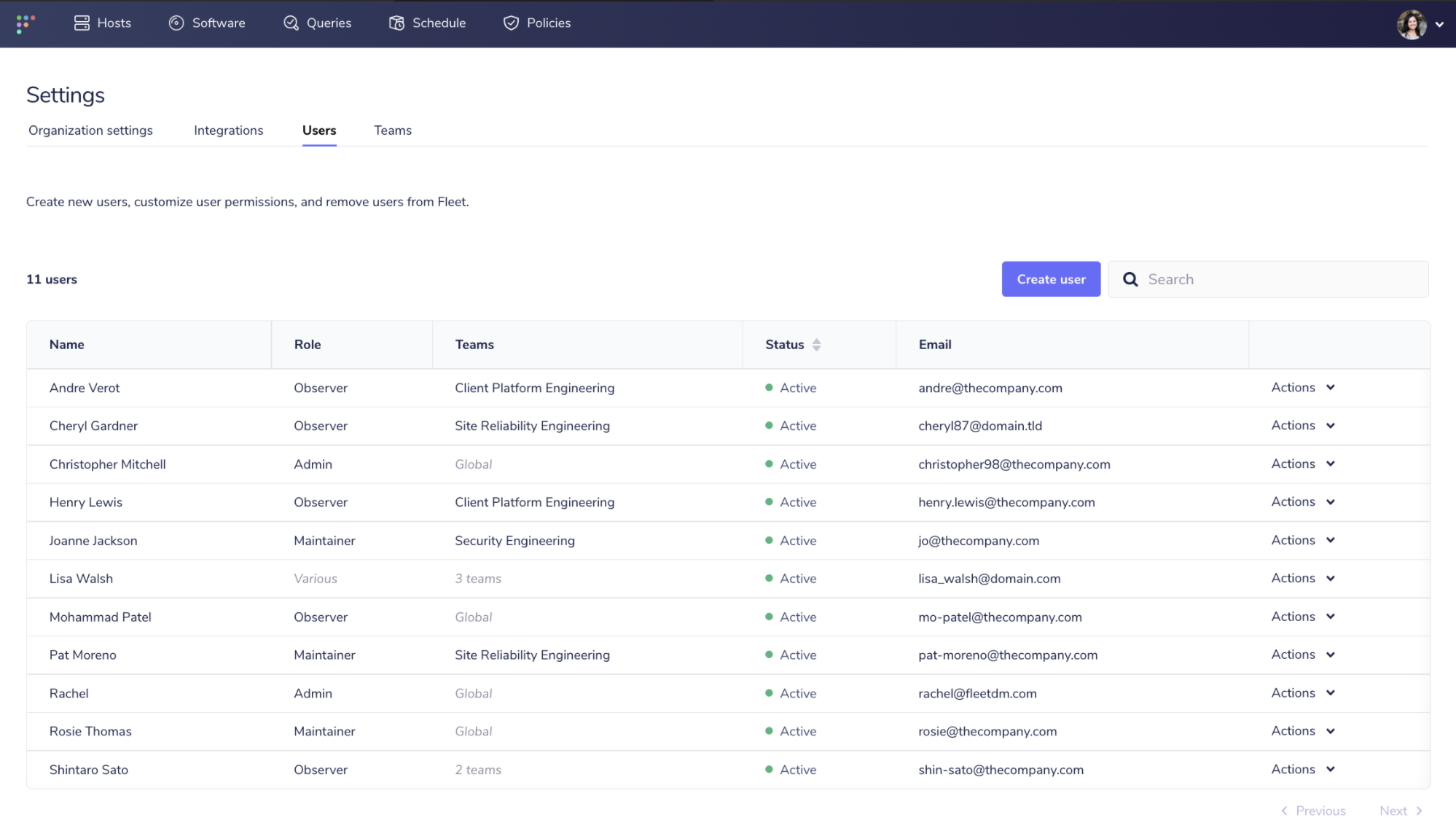 After seeding users and teams, check out importing queries and policies from Fleet's standard query library.

Like all regular users, seeded users' API tokens expire frequently. For an API token that does not expire, create an API-only user.

Set up SMTP options in your developer environment first to invite a SSO user.

Ask the community on Slack

Did we miss anything?

If you notice something we've missed or could be improved on, please follow this link and submit a pull request to the Fleet repo.